Last year my employer purchased a ThinkServer RD230 for a server consolidation virtualization project. This was the most competitively priced server I found matching my specs after a reasonably careful search. My plan was always to purchase a second server as a backup, but my manager delayed the second purchase for a year.

By the time the second server was approved, RD230’s were discontinued. I ordered an RD330 4304E3U, thinking it would be about like the ‘230, only somehow less expensive, with six, not four cores. I order servers without hard drives when I have a choice because it is almost always a better deal.

When I opened the box, I had a surprise. The server arrived with no hard drive trays. One bay was empty and the other three contained fillers that look just like a hard drive tray from the front but have no tray on the back of the bezel. Provantage, my supplier of choice and generally very good, does not sell the trays or even trays with drives.

The parts manual lists the 3.5″ tray as 03X3969. The best price I found on the web from non-Ebay sources for the tray was $89. Times four trays would add $356 to the price of the server. The manual lists about 40 hard drives, presumably with trays. Part numbers for 1 TB SATA 3.5″ are: 03X3950 (HS) and 91Y1655 (WD). Searches on the Web on these part numbers and the word price do not produce any useful results. Needless to say, this server is going back. 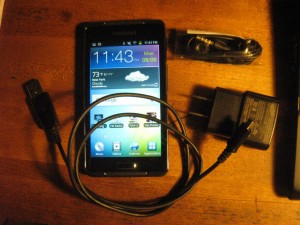 My mp3 player was slowly dying, the click wheel only worked sometimes and I was looking to replace it with another non-Apple product. August, 2012 PC World carried a review of the Samsung Galaxy Players, 3.6 and 4.2. An Android based mp3 player sounded like a good idea to me, so I bought a 4.2. The 4.2 is by far the best in terms of convenience and ease of use of the three mp3 players I have owned, but there are pluses and minuses. I paid more than twice what I paid for the better of my previous players for the 4.2.

What’s good about it?

What’s bad about it?